Oh now, this is what we need to fix things…a return to the Azteci practice of human sacrifice…oh, that’s the ticket…WHAT THE EFF are these pagan a-holes thinking??

There’s no sugarcoating it.

Our job was never to reform what’s happening.

And if we do, the horror of what we survived will never, ever be replicated again. That’s the challenge.

But if we survive, if we persist, we win.

We win for our posterity.

It embodies one of those moments where you wish you never paid attention to what’s happening. But in 2011, a person I grew up with was murdered on the streets of Atlanta for being white. You can’t look away when that happens, no matter how much you wish you could (Brittney Watts, RIP).

It may cost you everything, but to hold firm to values and honor still holds value. Point of fact, they will inspire countless others to stand.

Next week, the California Department of Education will vote on a new statewide ethnic studies curriculum that advocates for the “decolonization” of American society and elevates Aztec religious symbolism—all in the service of a left-wing political ideology. 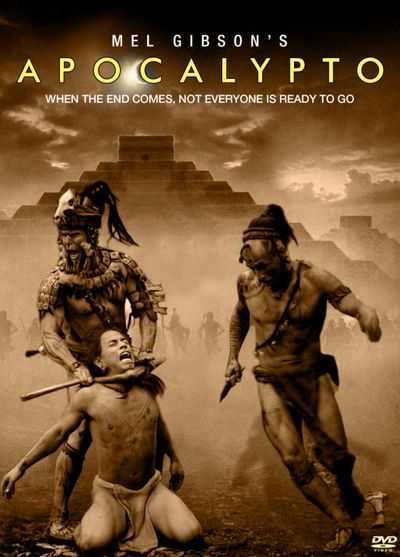 The new program, called the Ethnic Studies Model Curriculum, seeks to extend the Left’s cultural dominance of California’s public university system, 50 years in the making, to the state’s entire primary and secondary education system, which consists of 10,000 public schools serving a total of 6 million students.

In theoretical terms, the new ethnic studies curriculum is based on the “pedagogy of the oppressed,” developed by Marxist theoretician Paolo Freire, who argued that students must be educated about their oppression in order to attain “critical consciousness” and, consequently, develop the capacity to overthrow their oppressors. Following this dialectic, the model curriculum instructs teachers to help students “challenge racist, bigoted, discriminatory, imperialist/colonial beliefs” and critique “white supremacy, racism and other forms of power and oppression.” This approach, in turn, enables teachers to inspire their pupils to participate in “social movements that struggle for social justice” and “build new possibilities for a post-racist, post-systemic racism society.”

R. Tolteka Cuauhtin, the original co-chair of the Ethnic Studies Model Curriculum, developed much of the material regarding early American history. In his book Rethinking Ethnic Studies , which is cited throughout the curriculum, Cuauhtin argues that the United States was founded on a “Eurocentric, white supremacist (racist, anti-Black, anti-Indigenous), capitalist (classist), patriarchal (sexist and misogynistic), heteropatriarchal (homophobic), and anthropocentric paradigm brought from Europe.” The document claims that whites began “grabbing the land,” “hatching hierarchies,” and “developing for Europe/whiteness,” which created “excess wealth” that “became the basis for the capitalist economy.” Whites established a “hegemony” that continues to the present day, in which minorities are subjected to “socialization, domestication, and ‘zombification.’”

The religious narrative is even more disturbing. Cuauhtin developed a related “mandala” claiming that white Christians committed “theocide” against indigenous tribes, killing their gods and replacing them with Christianity. White settlers thus established a regime of “coloniality, dehumanization, and genocide,” characterized by the “explicit erasure and replacement of holistic Indigeneity and humanity.” The solution, according to Cuauhtin and the ethnic studies curriculum, is to “name, speak to, resist, and transform the hegemonic Eurocentric neocolonial condition” in a posture of “transformational resistance.” The ultimate goal is to “decolonize” American society and establish a new regime of “countergenocide” and “counterhegemony,” which will displace white Christian culture and lead to the “regeneration of indigenous epistemic and cultural futurity.”

This religious concept is fleshed out in the model curriculum’s official “ethnic studies community chant.” The curriculum recommends that teachers lead their students in a series of indigenous songs, chants, and affirmations, including the “In Lak Ech Affirmation,” which appeals directly to the Aztec gods. Students first clap and chant to the god Tezkatlipoka—whom the Aztecs traditionally worshipped with human sacrifice and cannibalism—asking him for the power to be “warriors” for “social justice.” Next, the students chant to the gods Quetzalcoatl, Huitzilopochtli, and Xipe Totek, seeking “healing epistemologies” and “a revolutionary spirit.” Huitzilopochtli, in particular, is the Aztec deity of war and inspired hundreds of thousands of human sacrifices during Aztec rule. Finally, the chant comes to a climax with a request for “liberation, transformation, [and] decolonization,” after which students shout “Panche beh! Panche beh!” in pursuit of ultimate “critical consciousness.”

The chants have a clear implication: the displacement of the Christian god, which is said to be an extension of white supremacist oppression, and the restoration of the indigenous gods to their rightful place in the social justice cosmology. It is, in a philosophical sense, a revenge of the gods.

California parents should be concerned. Under the guise of “equity” and “empowerment,” activists within the public education system have developed this radical new curriculum in order to transform California schools into factories for left-wing political activism. They have recast the United States as an oppressor nation that must be deconstructed and subverted through politics. The curriculum’s vision statement makes this aim explicit: it presents education not as a means of achieving competency, but as a “tool for transformation, social, economic, and political change, and liberation.”

Barbarism or the Heavens. The former is the choice of non-whites; the latter, well, represents Von Braun’s Dream.